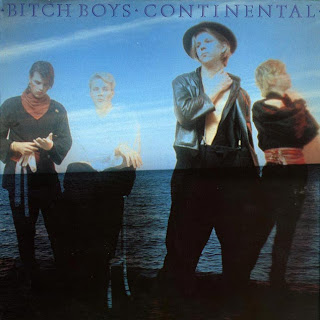 Bitch Boys started out as a standard punk band somewhere around 1977 in stockholm, releasing a bunch of singles and one LP with snotty punk in the sex pistols vein. Then came a change in musical direction and this LP was recorded with another singer than the one from the punk years. If im not mistaken the singer here, Max Lorentz IV (!), was a judge on the swedish version of tv program Jeopardy for a couple of years.
The music is similar to ultravox, japan and the whole new romatic-package which were so popular in those days. I cant begin to imagine why they changed their style so dramatically, perhaps with the wish of greater commercial success? also, i guess all of you who enjoy "minimal synth" will like this one as theres some hints of those things. still, its not a bad record.
LEBENSRAUM
Upplagd av Albin kl. lördag, januari 10, 2009 56 kommentarer:

This second, and sadly last, single of theirs is a bit darker than their first, with more of a aggressive take on the vocals as well as the harsher bassline and repetitive drums. its quite hard to find a band that sounds like fahrenheit... maybe if simple minds had played no wave, like on the a side? not forgetting the brilliant orential-influenced song on the b-side. what i cant understand, though, is why they never released more material than the two singles, considering the fantastic quality of their music. enjoy this one and see to it that theyll be remembered.
VI HAR BLIVIT GALNA
VI HAR SPRÄNGT VÅRT RUM
Upplagd av Albin kl. onsdag, januari 07, 2009 23 kommentarer: 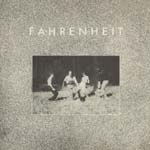 Sometime between Schnabels last single and this one, they decided to change name to Fahrenheit, and switched drummers from Lennart Holmström to Johan Schjelderup (at least i think they were drummers, but please correct me if im wrong, the sleeves tell nothing about any line up at all). the music also changed a bit, but kept the intense new wave of say, the best parts on the "pop-job" sampler, and took it to new levels of great music. the surrealistic lyrics of "Under skydd av det vackra" gets to me each listen. also, i must say that the vocal parts are much better in fahrenheit than in schnabel. this is a great, and somehow forgotten, single.
UNDER SKYDD AV DET VACKRA PROMENERAR JAG IDAG
Upplagd av Albin kl. onsdag, januari 07, 2009 65 kommentarer: