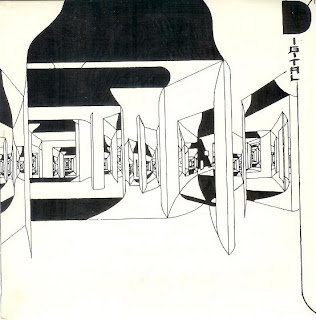 Well, i think this is as rare as it gets in sweden. Three guys in a livingroom somewhere in Helsingborg borrowed a tape recorder and recorded this wonderful mix of the residents plain-weird structures and swell maps DIY-estethics. apparently the group disbanded even before this release and makes a statement on the insert that they couldnt stand the music anymore. at least one member of the band played in helsingborg band dehex a year later. is this minimal synth? avant-jazz on "radarstrumporna..."? post punk? well, you decide. highly recommended!
RADARSTRUMPORNA ANFALLER
Upplagd av Albin kl. söndag, juni 22, 2008 15 kommentarer: 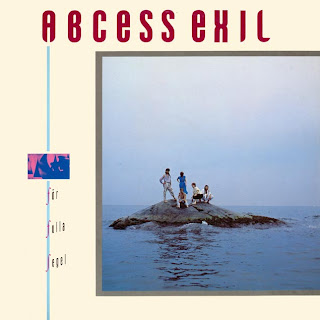 First lp by abcess exil, somewhat commercial sound but with most of their early sound intact. sadly the cures influence isnt as strong as in their first singles. after this they released one more album and two singles, but i dont think theyre interesting enough to upload here as they are too far out on the pop-spectrum. sebastian öberg, famous celloplayer appears on one of the songs.
MAKTLÖSHETENS GLADIATORER
Upplagd av Albin kl. lördag, juni 21, 2008 11 kommentarer: 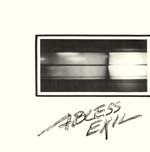 Second single by Abcess Exil, still remaining a great new wave-band much similar to the cure, but perhaps with more personal lyrics than robert smith. after this one their search for commercial success damaged the sound, rendering it quite blank and boring, but they managed to keep a bit of originality for their first album, which will follow soon.
YESTERDAY
Upplagd av Albin kl. fredag, juni 20, 2008 12 kommentarer: 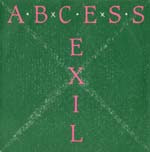 Abcess Exil where from gothenburg and were one of the major new wave-bands of the city, at least they should have been as they shared many performances with the majors of the town, like cortex and viva, and they also participated on a great compilation with four great gothenburg bands that you can download HERE. most of the members came from seminal punkbands, Yogi Gran from knugens håf, Ruby Berner from Aptit and Julle Aurell from Abstract and as punk moved towards new wave and post-punk so did they and formed Abcess Exil with music that reminds me of the Cure from about the same year. this is their first single released on Slick records based in stockholm and its a great one. highly depressive lyrics, just as its meant to be.
WHY?
Upplagd av Albin kl. torsdag, juni 19, 2008 37 kommentarer: 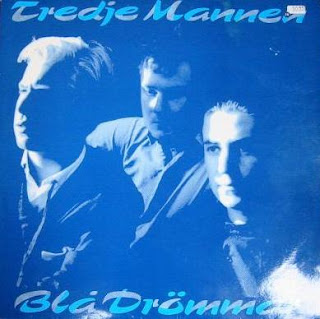 The second LP saw tredje mannen moving away from the definitive darkness on their first lp, adding a slightly more commercial sound to their dark mix of despair while still containing much of the loneliness of their early work. a third man, Christian Callert, joined the duo for the release of this LP and Peripetie posted earlier, providing percussion and real drums instead of the drum machine they used for their first works. this of course adds a bit more standard eighties sound to their music but i believe they still capture that feeling of teenage angst in such a way that this, as well as their first records, should be rediscovered and hyped-to-death in the way most of the bands from the same scene has been in recent years. this is essential stuff that should be legendary but isnt. its a mystery. please visit their myspace and give them the credit they so well deserve.
BLUE DREAMS
Upplagd av Albin kl. fredag, juni 06, 2008 21 kommentarer: 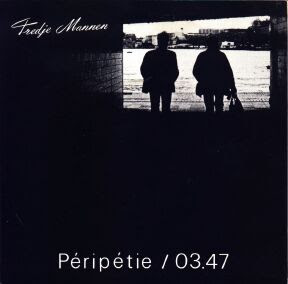 Even if you dont like Japans sleazy new romantic or ultravox experiment pop youve got to yield to tredje mannen. this is their third single and the first one to include two non-album tracks. and well, its probably the best synth-pop record released in sweden, or perhaps the world. i simply cannot express what this two songs manages to say in standard pop-format. just listen.
ÄNTLIGEN FALLER ALLT IHOP
Upplagd av Albin kl. torsdag, juni 05, 2008 5 kommentarer: 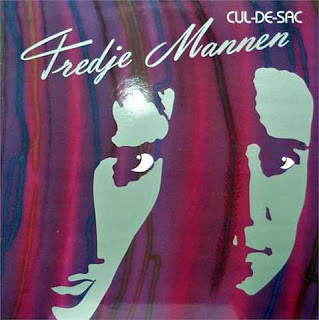 I cant really describe this music, nor the impact this record has made on me ever since i bought it one hot summer evening. Lets just say that tredje mannen made the best synth-pop in sweden to this day and possibly for this millenium as well. perfect pop songs, largely inspired by joy divisions barren landscapes and the doors swollen romanticism, with very pretentious lyrics about the meaningless idea that is love and other hazards. find out a bit more and listen to some more on their myspace, and demand a reissue of this great band. get this now and collapse like thin cardboard walls from the majestic force of väggen, mörk romantik, sailor etc. etc. this is a definitive classic!
SÅ HANN JAG IFATT DIG TILL SLUT
Upplagd av Albin kl. onsdag, juni 04, 2008 43 kommentarer: 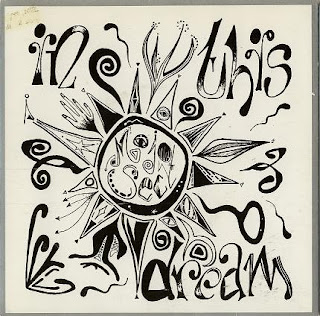 Got this beauty in the mail today and its something so odd as a band from my hometown, Umeå! mojo sect consisted of three people, with various guitarists playing for them live and in the studio. they only released this single, but i think two of the members eventually ended up in swedish pop group komeda. this is great post-punk wave with female vocals, highly recommended!
MOJO SECT
Upplagd av Albin kl. måndag, juni 02, 2008 5 kommentarer: 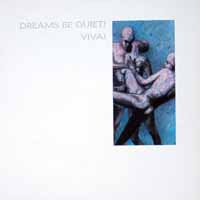 I remembered this album as a bleak almost ambient synth-lp, but now that i gave it a spin it turned out to be so much more. on this third album viva manages to get hold of the spirit their second album just showed a hint of, a mellow but sharp wave of mood-driven songs with a slight nod to simple minds or rather ultravox at their most laid back moments. its a great album, possibly better than their second and highly original in both nordic circles and anywhere in the world really. not made to be chart hits but rather to leave a lasting impression when the needle is off. the norwegian label Uniton released it, and its fit right into their catalouge of unsettling mystery that they released through the eighties. when will they release this great music on cd?
DREAMS BE QUIET!
Upplagd av Albin kl. söndag, juni 01, 2008 18 kommentarer: