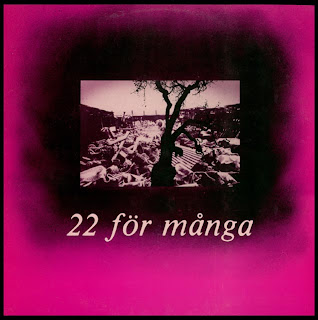 No words for this fantastic record. Poetic, simply beautiful and definetly original. One of the best of all time. get this now.
ALL KONST HAR SITT URSPRUNG I FANTASIN, SOM ÄR HELT PERSONLIG
Upplagd av Albin kl. torsdag, oktober 23, 2008 24 kommentarer:

Grisen Skriker was one of swedens first punkbands, along with their friends ebba grön they played tons of gigs around the suburbs of stockholm, often in silly costumes or as at their last gig - completely nude. but where ebba grön continued to evolve into swedens version of the clash, Grisen disbanded due to their singer being forced by his parents to travel to usa. without the aid of a singer, the rest of Grisen skriker became Raketerna, a catchy pop-band with swindling guitars, a sort of distant cousin to U2. the singer, however, eventually came back to sweden and started his own, new band together with two friends and a drummer. the singer was and is Henrik Franzén, the two friends were Mikael Söderlund on guitar and Catarina Silverforsen on bass and vocals. i have no idea who the drummer was. the band was 22 För Många. the rest should be history, but no. although recieving a bit of attention through fanzines, national radio and performing theatrical gigs no one seem to remember them these days and no reissues have been made, even though their entire output has been circulating on torrentsites. 22 för många had and still have a genuine form of expression that no swedish band could or can match. perhaps their audience didnt understand them then, but there is so much to understand from their music. the melodies swell with concealed treasures, storms the mind with its lush, pleasing poetry. mr franzén often focused on that he was an artist, and that everyone is uniqe and artists too. anyway, this is their first tape-LP, self-released in 1981, filled with great songs about life. no cover, sadly, help anyone? enjoy.
JA DET ÄR SANT OCH VI KOMMER FRÅN SIRIUS
Upplagd av Albin kl. torsdag, oktober 23, 2008 8 kommentarer: 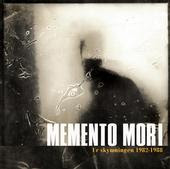 Memento Mori recently released a wonderful CD compiling tons of great stuff from their all too short career. More info can be found on their MYSPACE. BUY OR DIE!
Upplagd av Albin kl. tisdag, oktober 21, 2008 2 kommentarer: 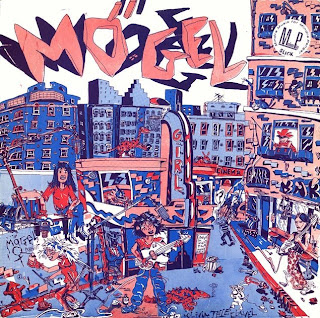 Following their two tracks on the Slicksampler, here's Mögels only release: a Medium Play issued on the brilliant Slick label. I recall that this one was recorded in france under supervision of some hot producer, but i cant remember which one. its great though, a defenitive version of the Slits in swedish. natural rhythm-music! and yes, mögel were an all-girl band (a promo-sheet included with the release of this record claimed that the band had gone to bed with lots of people to manage to record this release. obviously a joke, but many critics didnt understand the irony).
SOMLIGA GILLAR LIV, JAG GILLAR BARA DATA
Upplagd av Albin kl. tisdag, oktober 21, 2008 38 kommentarer: 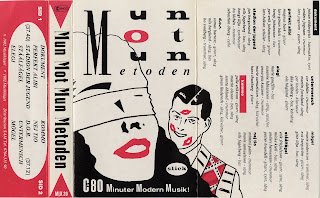 Heres another excellent tape, a sampler from Slick records based in stockholm, documenting the big names in new wave/postpunk at the time, even though the focus, quite naturally, is at the scene in stockholm. all of the songs are exclusive to this release. apart from the names you should know by now there are some interesting stuff, like Dokuments synth-based postpunk, or Nej Tios riot grrl-esque feminist synthpunk. ståålfågel, the best band ever, does two tracks of splendid synthrock and other slick rosters like Kommo and Mögel (swedens Slits!) participates with great songs. the vocals on Mögels songs are just fantastic, the idea to blend in swedens "landskapsblommor" (i dont think theres an english equivalent) is just too much. theres lots to be said about each band so it would take up a whole page of this blog, but if you look close at the coverart i think you can figure out some of the connections between these bands. for now, lets leave it to say that this is a fantastic compilation.
KORSFÄST KVINNA HÄNGER PÅ MITT RUM
Upplagd av Albin kl. måndag, oktober 06, 2008 25 kommentarer: 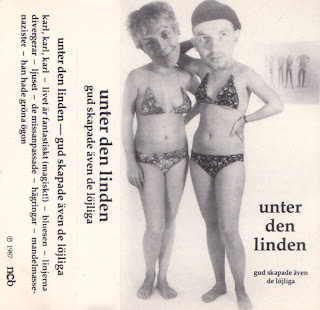 Thanks to Anonymus Donor heres UDLs last record for us all to enjoy. a self-released tape issued in 1987 that apparently sold quite well, but never got the attention it so well deserves. this must be their best work ever! somehow they managed to maintain the fantastic songwriting of their previous work, but to increase the dose of cynisism so that the obsidian black lyrics makes this one of the most in-your-face-records ive ever heard. forget about all hc and goth, this is as black as it gets. and what must be the best part is that the music is a perfect equivalent to the lyrics, music and choruses that sticks in your head like spikes. a perfect pop soundtrack for those who dont love life as much as other people or perhaps music to laugh at life to. why isnt UDL one of swedens most acclaimed bands? why hasnt this been released on cd? just download this. now. i cant express how great this is. DO NOT MISS THIS!!! etc.
TA BETALT! TA BETALT! ANNARS ÄR NI LIKA DUMMA SOM JAG OCH TRO MIG: JAG ÄR SKITDUM!!!
Upplagd av Albin kl. söndag, oktober 05, 2008 13 kommentarer: