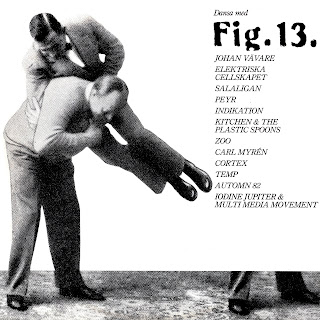 I just won this on a swedish auctionsite so lets celebrate! This is THE rare swedish minimal synthcompilation, a fine selection of stockholms undergroundscene at that moment. Released on Kitchen & The Plastic Spoon-member Iggos Castor Records in 1983 in perhaps 300 copies, although i read somewhere that it was pressed in a larger amount but most of the copies were destroyed in a fire. Im not sure if thats true.
To start everything off Johan Vävare, one of the best and most underrated producers, does a little synthjingle, maybe owing a little to tuxedomoon. Vävare were involved in most of the electronic scene in stockholm and produced loads of that great stuff. Elektriska Cellskapet does a great synthwave tune but i have no idea whos behind the band, help appreciated. Then theres Salaligan, which were a band of criminals ravaging sweden in the 1930s or a great synthband doing a fantastic song about swedens own natives samerna. The lyrics to this song is too great. "Jag är i stockholm för att äta edra barn. Årstider åtta ska jag bo och verka här. När jag är färdig skall ni veta vem jag är!". Its kind of apocalyptic about a magician from the north coming to stockholm, dancing in nightclubs and ensnaring people with his magic. It cant be described. If anyone knows more about this fantastic band please tell me. Ah and then theres a weird one, Theyr from iceland somehow got into this compilation. They're great (ha-ha..). I have no information on Indikation, as well as Autonom 82 or Zoo although there was a band called Zoo releasing a few singles in the late eighties. Perhaps its the same band. Kitchen and the Plastic Spoons does The Poet, their best song, or is Filmen their best... I love the insane laughter in the middle. This incarnation of the Kitchen saw Iodine Jupiter on vocals and i think its their best period. He does a solonumber on this as well, a sort of spoken word piece which is great. Nowadays hes a mad magician doing gothcabaret and occult poetry. Carl Myrén is a weird guy, an upper class twit that somehow got to record an album for Stranded Rekords. The song he plays here was his single "hit" and a sort of uptempo madness about how great life is. Kind of weird to have that song among the more dark wavebands... Cortex with the great Freddie Wadling does a Dr John cover and wonderful as always. Its a shame they didnt record an Lp during this, their best period somewhere around 82-84. Finally Temp does a great song and they also released an album about 85 i think, but that one is quite boring and the cover is dreadful. Ok loads of nothing about these bands... just listen to this great compilation. I had to split the folder in two parts but i hope thats ok:
HERE part 1
HERE for part 2
Upplagd av Albin kl. tisdag, februari 19, 2008 10 kommentarer: 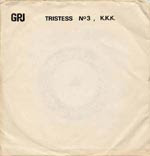 Heres another fantastic and fantastically rare minimal synth gem from the swedish underground. I dont know much about the band, all bandmembers having strange stagenames, but what i do know is that they released this single on EFMD (Enad Front Mot Disco = "United Front Against Disco") based in Vänsterhaninge just outside Stockholm. Great synth, drummachine and guitarplaying, the a-side being HEAVILY inspired by Tuxedomoons "Everything you want" (the best song ever made), its practically the same song but with different lyrics. The b-side is even weirder. Dont miss this one.
HERE
Upplagd av Albin kl. onsdag, februari 06, 2008 5 kommentarer: 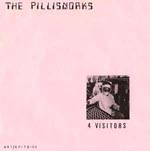 Pillisnorks were Thomas Dilevas first band, a year before the group evolved into Modern Art. They were based in Gävle, in the quasi-north of sweden, and were very influental in the local punkscene although they didnt play punk. Instead we here can hear great DIY-type postpunk with scratchy guitars and a nice sax-bit in some of the songs. Its a fantastic Ep and if you liked the modern art single you will love this. At least i do. Nowadays Thomas is a sort of jesus-type-figure and still does music, more of that on his website. In a way hes still true to his punkbackground... i actually liked his latest single "vad är frihet (what is freedom)". But this is his best work ever:
HERE
Upplagd av Albin kl. måndag, februari 04, 2008 Inga kommentarer: 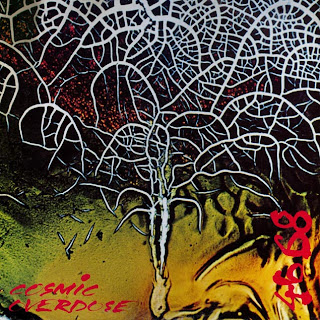 Finally their second and last LP where they continued to develop their nordic, mystic sound. This album is a bit darker and moodier than their first and also more menacing in the lyrics. A sort of bleak fog hangs over the tracks, possibly aquired in their more prog-days but with an almost Suicide-feel with the drummachine (apparently the pattern used for most this LP were nicked from a suicide song, cant remember which one). Its a great album and its "darkness" really gets to me, mostly in Liten Storsint, Hissen and Nina Fontanell. It could be Dans angry vocals or the slightly more cold wave-orientation. When looking upon the scenes in scandinavia its possible to point out some bands that had a distinctly nordic sound, like Cosmic Overdose: Scatterbrain from denmark, Beranek from norway... (If anyone knows more bands that sounds like this, do contact me!). But ive never heard a band that sounds quite like this. And look at the cover, it speaks volumes of the sound found inside. Again, you need this!
HERE
Upplagd av Albin kl. lördag, februari 02, 2008 1 kommentar: