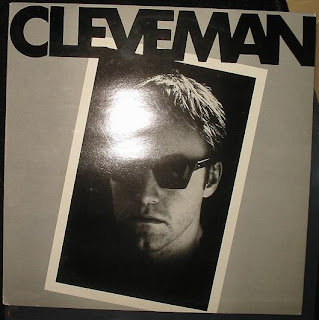 If you loved Lars Clevemans single or his parts on Revolverkäke youll love this as well. another slice of minimal synth goodness that, as usual, should be selling on ebay for 100000000$, but as its been almost forgotten since its release i guess its no surprise most people havent heard this. So, this is great synth-based heaven, with Lars voice as good as it always is. Sometimes, though, he fumbles a bit with the english language, but its ok, since hes such a great singer. The music reminds me a bit of Cluster and similar kraut-electronica at times, but also of DDs contemporaries of the time. Just like Martin Rössels solo-LP this was released on DD-records and recorded in Martins private studio. Do not miss this, its GREAT!
MY BEST FRIENDS ARE THOSE WHO DIED
Upplagd av Albin kl. torsdag, augusti 14, 2008

never heard this one before, but you are right: it's absolutely a great record!!

Wonderful. The cover of Tim Hardin's Hang On To A Dream is stunning. His voice is a little John Caleish at times, and that's not a bad thing of course. Thank you for introducing us to this!!!